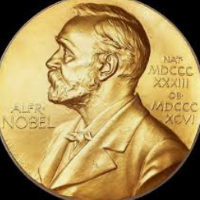 In recent rallies, President Donald Trump has repeatedly conflated winning a Nobel Peace Prize with being nominated for one, and has wrongly faulted the media for ignoring his nomination after making former President Barack Obama’s nomination in 2009 “the biggest story I’ve ever seen.”

Any one of thousands of people can nominate someone for the prestigious award. And two people have come forward saying they nominated Trump.

But on its website, the Nobel committee warns not to attach too much importance to a nomination.

“Any person or organization can be nominated by anyone eligible to nominate,” the committee states. The Norwegian Nobel Committee has no input into submissions, though it decides who actually wins the prize. “To simply be nominated is therefore not an endorsement or extended honour to imply affiliation with the Nobel Peace Prize or its related institutions,” the committee states.

Nonetheless, Trump has touted the nomination repeatedly at campaign rallies, on Twitter and in TV ads.

On Sept. 9, Christian Tybring-Gjedde, a far-right Norwegian politician, announced on Fox News that he had nominated Trump for a Nobel Peace Prize.

“For his merit, I think he has done more trying to create peace between nations than most other Peace Prize nominees,” Tybring-Gjedde said.

In his nominating letter, Tybring-Gjedde cited Trump’s role in establishing relations between Israel and the United Arab Emirates. He also cited Trump’s “key role in facilitating contact between conflicting parties and … creating new dynamics in other protracted conflicts, such as the Kashmir border dispute between India and Pakistan, and the conflict between North and South Korea, as well as dealing with the nuclear capabilities of North Korea.”

Two days later, Magnus Jacobsson, a member of Sweden’s Parliament for the Christian Democrats, announced via Twitter that he, too, had nominated Trump for the award, along with the governments of Kosovo and Serbia “for their joint work for peace and economic development.”

Nominations for a Nobel Peace Prize can be made by any one of perhaps hundreds of thousands of eligible people, including, according to the Nobel website, “university rectors or chancellors, professors of political and social science, history, philosophy, law and theology; leaders of peace research institutes and institutes of foreign affairs; members of national assemblies, governments, and international courts of law; previous Nobel Peace Prize Laureates; board members of organizations and institutions that have received the Nobel Peace Prize; present and past members of the Norwegian Nobel Committee; and former advisers of the Norwegian Nobel Institute.”

The Nobel committee does not provide a list of the nominees. In fact, the names of nominees, and who nominated them, are not released by the Nobel committee for 50 years, and only leak out when people make them public, as Tybring-Gjedde and Jacobsson did.

The Nobel committee does, however, release the number of nominations. This year, there are 318 candidates for the Nobel Peace Prize — 211 individuals and 107 organizations. That’s the fourth highest number of candidates in the award’s history. The five-member Norwegian Nobel Committee narrows the list of nominees to a small group and then picks a winner.

Indeed, some of history’s most vilified figures have been nominated for the prize. Soviet dictator Joseph Stalin was nominated twice: in 1945 for his effort to end World War II and again in 1948 by a professor from the Czech Republic. And fascist Italian dictator Benito Mussolini was nominated in 1935 by two law professors, one from Germany and the other from France. (Adolf Hitler was nominated in 1939 — the nomination was later withdrawn — by “an anti-fascist member of the Swedish parliament who never intended his submission to be taken seriously,” according to Nobel archives.)

This is not the first time Trump has been nominated for a Nobel Peace Prize. Tybring-Gjedde, who nominated Trump this month, and another far-right politician, Per-Willy Amundsen, said in June 2018 they had nominated Trump for the honor following Trump’s nuclear weapons summit with North Korean leader Kim Jong Un.

In February 2019, Trump claimed in a White House press conference that Japan’s prime minister Shinzo Abe wrote him a letter in which he said he had nominated Trump for a Nobel Peace Prize, also related to his negotiations with North Korea. Abe declined to confirm that, though the Asahi Shimbun newspaper “cited an unnamed government source as saying the nomination came in response to an ‘unofficial’ U.S. request,” according to the Washington Post. Other than publicly disclosing the letter, though, Trump did not otherwise publicize the nomination, and he did not win the prize that year.

But Trump has insisted he will win a Nobel Peace Prize, or at least that he should.

Now, with an election just weeks away, Trump has been aggressively hyping this year’s nomination.

On social media, Trump retweeted about a dozen messages announcing the nomination or congratulating him for it. And a recent TV ad from the Trump campaign that highlights Trump’s involvement in an accord to normalize relations between Israel and the United Arab Emirates and Bahrain boasts, “President Trump, nominated for the Nobel Peace Prize.” Trump has also brought up the nomination in at least a half dozen recent campaign rallies.

“Can you believe it, in one week they nominated me, not for one, but for two Nobel prizes,” Trump said at a rally in Fayetteville, North Carolina, on Sept. 19. “But you know, you have a president, you love your president, and your president gets honored, because I’m not being honored, you’re being honored with the Nobel Peace Prize, for Israel, what we did with Israel.”

(He wasn’t nominated for two Nobel prizes; he was nominated by two people for the same prize. And, of course, he was not honored — at least not yet — with the prize.)

Trump went on relate a story about how he went home to watch the network news with his wife in hopes of hearing about his nomination.

But to his embarrassment, he said, “I wasn’t covered. I got the Nobel Peace Prize nomination, a Peace Prize, Nobel nomination. And they didn’t cover it.”

We should note that while the nomination was not covered in a national network news broadcast, it has been reported in many national print outlets, and has been widely cited on Fox News.

“I’m the only man that got nominated for a Nobel Peace Prize and I didn’t get any press,” Trump said at a rally on Sept. 21 in Ohio. “They wouldn’t. For two of them. Last week, I’m not bragging about it, I’m just saying, I’m the president of the United States because of Kosovo-Serbia, they’ve been killing each other for years, I worked out a deal for them. I got nominated. And then Israel with Bahrain and UAE, and many more to come. I mean, they all want to do it. We’ll have peace in the Middle East without blood all over the sand. No blood. We’re going to have peace in the Middle East. So I was nominated for the Nobel Peace Prize.”

Both nights, Trump made a point of saying that while the network news ignored his nomination, the same was not true when Obama was nominated in 2009.

Trump is wrong about media coverage of Obama’s nomination.

We searched the Nexis news database and could find only two stories that mentioned Obama’s nomination.

An Associated Press story on Feb. 27, 2009, about the nominations for the award started, “President Barack Obama and his French counterpart Nicolas Sarkozy are believed to be among a record 205 nominations for the 2009 Nobel Peace Prize.” The fourth sentence of the story put the nominations in context: “‘It is very easy to be nominated for the peace prize, but that is in no way an endorsement by the committee,’ said Geir Lundestad, the Norwegian awards committee’s nonvoting secretary.”

An Associated Press story on Oct. 7, 2009, also mentioned the possibility of Obama’s nomination. The story led with speculation about Chinese dissidents being the leading contenders to win the award. Five paragraphs in, the article noted, “U.S. President Barack Obama is thought to have been nominated but it’s unclear on what grounds. Nobel watchers say he could be a contender for next year’s prize, following his lofty call for global nuclear disarmament last month at the United Nations, which came after the nomination deadline for the 2009 prize.”

In fact, Obama did wind up winning the award that year. Upon learning the news, Obama said he was “both surprised and deeply humbled by the decision of the Nobel Committee.”

“Let me be clear: I do not view it as a recognition of my own accomplishments, but rather as an affirmation of American leadership on behalf of aspirations held by people in all nations,” Obama said on Oct. 9, 2009. “To be honest, I do not feel that I deserve to be in the company of so many of the transformative figures who’ve been honored by this prize — men and women who’ve inspired me and inspired the entire world through their courageous pursuit of peace.”

The honor was covered widely in the press, and some detractors noted that Obama was in office less than two weeks when the deadline passed for nominations. Count Trump among the longtime detractors.

In September 2015, a former director of the Norwegian Nobel Institute expressed some regret about awarding the Nobel Peace Prize to Obama.

In a memoir, Lundestad, the non-voting director until 2014, wrote that, “In retrospect, we could say that the argument of giving Obama a helping hand was only partially correct,” and made it difficult for Obama to live up to expectations. “Many of Obama’s supporters believed it was a mistake,” he wrote. “As such, it did not achieve what the committee had hoped for.”

Whether one believes Obama deserved the award or not, though, the fact is he won it. And the media attention he got came almost entirely after he won it, not when he was nominated. We also don’t mean to diminish Trump’s accomplishments in the Middle East or with Kosovo and Serbia, but it is premature for Trump to say he is “being honored” with the award.